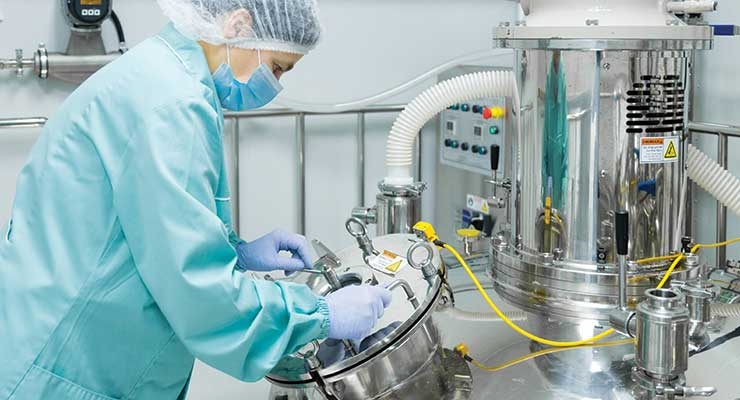 In times of limited resources and climate change, the emphasis on sustainability is extremely important. Online rouge monitoring has been proven to reduce chemical usage, water consumption, and cost.

In times of limited resources and climate change, the emphasis on sustainability is extremely important. The rouge monitor has been proven to reduce chemical usage, reduce water consumption, and help biopharmaceutical companies save money in production losses, increased uptime, and perform derouging and passivation operations only when needed.

The Current Cost of the Operation

The derouging and passivation operation consists of shutting down a water system, administration of caustic acids, neutralization of the acids with caustic bases, rinsing the entire distribution piping and vessels, and sending all water used in these operations to drain. The rinsing involved in this process uses costly produced Purified of WFI water. The overall operation costs over $50,000 for a small system and many hundreds of thousands of dollars for a large system, not to mention the cost of loss of production because of the procedure.

The current frequency for these operations are usually based on subjective SOPs that were written decades ago and may have no real relevance to a modern pharmaceutical water system. Written with either a time duration limit or a visual observation of rouge in the vessel, the actual accumulation of rouge cannot be determined. The observational assessment is not based on anything scientific, just a visual of the patina established by the interaction of water with the metallic substrate. Visual assessments do not determine the rouge development nor the actual amount of rouge accumulation over time.

Rouge is corrosion and develops due to the water’s interaction with the substrate. Corrosion in water systems can be exacerbated by a few factors including temperature, recirculation without Point of Use (POU) usage, flow rates, contact time with the metal substrate, and operational characteristics of the water system. But because no two water systems are the same nor operate exactly the same, the rouge development can have very large and dissimilar effects.

An online rouge monitor measures the exact amount of rouge development as a function of the water chemistry’s interaction with a 316L probe. The material of the 316L probe is identical to the piping and vessel material used in the water system’s storage and distribution, accurately identifying and measuring the amount of corrosion. Having a rouge monitor that shows the exact amount of rouge development over time can define limits and the frequency of the derouging and passivation operation based on scientific data and not subjective assessments. Online rouge monitoring has shown to decrease the frequency of derouging and passivation in almost every installation, often decreasing the frequency by 80%. This reduction saves hundreds of thousands of US dollars because no caustic chemicals were administered, production shutdowns were minimized and the water sent to the drain and the wastewater treatment plant was reduced significantly. Expenses for derouging and passivation were only used when there was a specific need to derouge and passivate based on scientific data, increasing sustainability and mitigating costs.

In times of limited resources and climate change, the emphasis on sustainability is extremely important. Online rouge monitoring has been proven to reduce chemical usage, water consumption, and cost.

One of the major causes of unplanned downtime is corrosion, and to protect pipelines from leaks and catastrophic events, chemical inhibitors are injected. Here’s how corrosion monitoring can increase sustainability and lower the cost of injection processes.

How Can Data Centers Go Green?

As the backbone of today’s digital world, downtime in Data Centers can be costly while cooling can have a major impact on the environment. Learn how airborne monitors and Free Cooling can increase sustainability and efficiency in operating a Data Center.