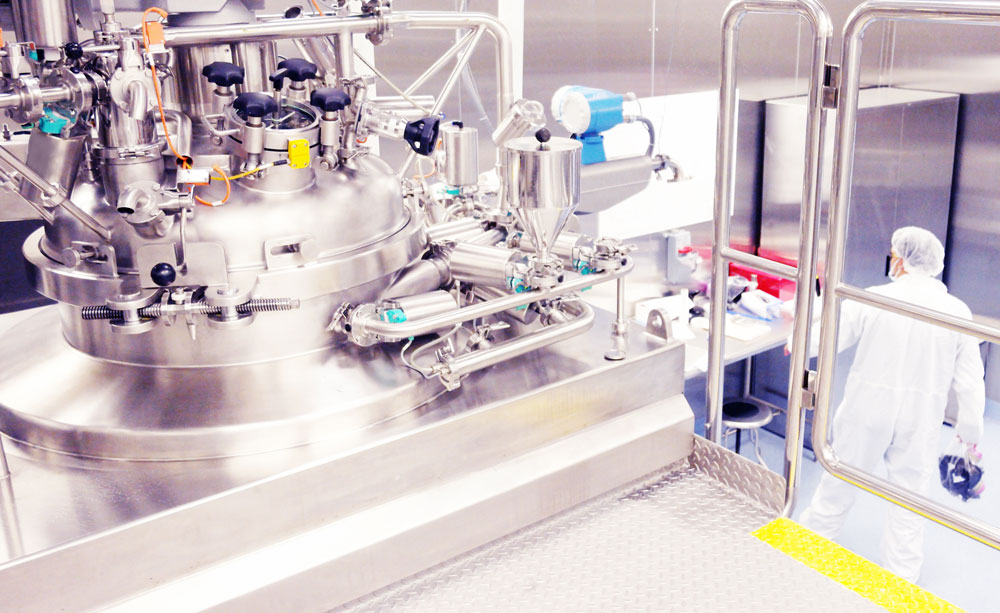 Rouge is a thin film of iron oxide or hydroxide, usually reddish-brown or golden in color, typically found on stainless steels.

Rouge is a thin film of iron oxide or hydroxide, usually reddish-brown or golden in color, typically found on stainless steels. Rouge can also consist of other elements, which are constituent components of 316L Stainless Steel (SS), such as chromium, nickel and tungsten.  These elements will be in an oxidative state as chromium oxide (Cr2O3), nickel oxide (NiO), and tungsten oxide (WO2). Hydroxyl radicals (·OH) combine with element ions to form an oxide.  This oxide is the formation of corrosion.

Rouge is most prevalent in the Biotech and Pharmaceutical industry as most water and process systems are comprised of stainless steel, typically 316/316L grade and operate or are hot water sanitized at temperatures above 70°C.  Rouge normally forms on the interior surfaces of high purity water distillation units, storage tanks, distribution systems (piping, valves, pump housings, fittings, etc.) and process vessels.

Although rouge may be unsightly to the eyes, its influence on the actual product quality is usually either very small or non-existent. Rouge is a form of corrosion and should be mitigated on a periodic basis via derouging using chemicals to etch the surface of the SS. This etching process will remove the existing corrosion but the surface is still susceptible to additional corrosion as there is no protective layer on the surface of the bare metal.

A second step in metallurgical chemistry is initiated to protect the metal surface by performing passivation. Passivation is the development of a Cr2O3 layer as a protection against future corrosion.  The Chromium Oxide layer is a very thin film layer of only 2 – 2.5 nm thick. Although this layer can provide some protection, in turbulent waters the layer is rapidly diminished. Passivation tends to have a longer duration in laminar flow conditions not typically found in pharmaceutical water systems. Passivation chemicals can be citric or nitric acids which remove the iron and expose the chromium to an oxidative state. A pH neutral material from Switzerland known as Diruneutra is also used for passivation of SS piping and vessels. If acids are used, then a base of NaOH or NH4OH is used to neutralize the acid to approximately a pH of 7.0 or higher. Diruneutra does not need any base as it is pH neutral.